As part of the cool process of filmmaking, you get to meet some pretty awesome people.

The first time I heard Thomas, I knew he was the right voice actor for 'Julian' in the upcoming short film I'm producing called '68 Anywhere Street'.

A followup Skype call with him proved he was gold. On a side note, we share some of the same music laughs, as he is a drummer and I'm a bass player. Good connection for this film! 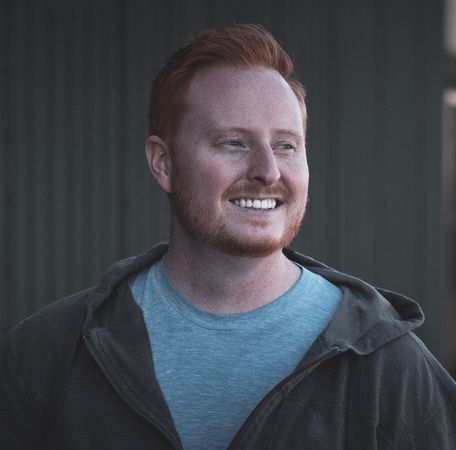 Originally from South Dakota, Thomas moved to Los Angeles in 2016 to pursue a full time career in voice acting. Since that time, he's completed hundreds of voice over projects ranging from animation, video games, audiobooks, business/web/education and explainer videos, as well as radio and television commercials that's reached a global audience. He is currently voicing on-going projects in interactive education, audio drams, and animation.

Thomas enjoys coffee shops and the outdoors - specifically hiking, backpacking, and snowshoeing. With his home studio's close proximity to several national parks, you may find him on a quick weekend excursion up in the mountains.