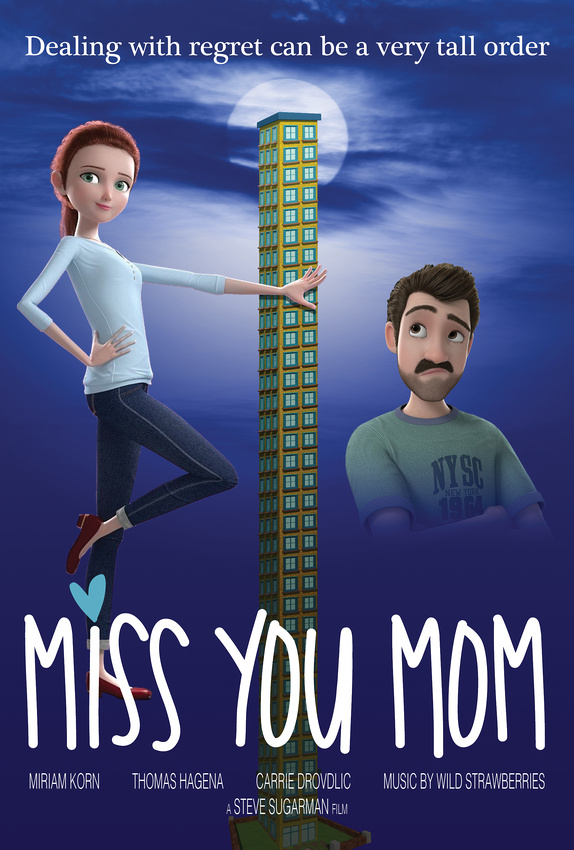 Miss You MomDealing with regret can be a very tall order

Kelsey and Julian hope to build a house and by chance, meet Marcella, an odd antique store owner. Marcella offers them a mysterious building permit inside a wooden box labelled 'Regrets'. The permit allows them to build anywhere they want, up to 68 floors high, which they do, much to Julian’s dismay. But Kelsey soon discovers that what may be driving the house building may be something she has yet to face about her mom's death. 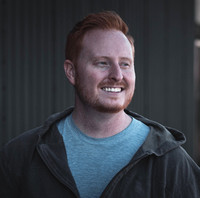 Originally from South Dakota, Thomas moved to Los Angeles in 2016 to pursue a full time career in voice acting. Since that time, he's completed hundreds of voice over projects ranging from animation, video games, audiobooks, business/web/education and explainer videos, as well as radio and television commercials that's reached a global audience. He is currently voicing on-going projects in interactive education, audio drams, and animation.

Thomas enjoys coffee shops and the outdoors - specifically hiking, backpacking, and snowshoeing. With his home studio's close proximity to several national parks, you may find him on a quick weekend excursion up in the mountains. www.thomashagena.com

Carrie Drovdlic is a voice artist in Columbus, OH, where she lives with her husband, three children, and a dog who likes to eat garbage. She has created character voices ranging from an old crone, to a warrior princess, to a scared Japanese teenager, with many in between, including several witches (which she doesn’t take personally). She has been occasionally heard singing the National Anthem at The Ohio State University sporting events, and she loves using her voice as a creative outlet. With the exception of hanging with her family, in front of the mic is her favorite place to be. If you’d like to know more about Carrie, including her surprising stint as a scientist, check out her website: www.carriedrovdlic.com. 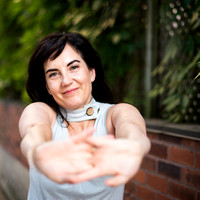 Canadian husband and wife duo Ken Harrison and Roberta Carter-Harrison have made music as the Wild Strawberries since 1992. Vancouver record label Nettwerk, home to Sarah McLachlan, caught on to the technologically savvy musicians and signed the Wild Strawberries to the label in 1995. That year, Nettwerk released one of the band's most popular albums of their career, the Canadian Gold record (50,000 copies), Heroine. The Wild Strawberries, a full band, toured that summer as part of McLachlan's hugely successful female-minded tour, Lilith Fair.

As the '90s closed out, many bands of a similar genre dropped the programming sounds and moved on, but the Wild Strawberries just expanded on their keyboard and synthesized beats, concocting hypnotic pop grooves for nearly two decades. Residing in a home in Ontario with their daughters Georgia and Ruby, the Wild Strawberries continue to make music at their home studio, on their own terms. Music Video for 'A Good Man is Hard to Find' - Spotify -  www.wildstraweberries.com - Facebook Page

What started off as a funny dream for me quickly blossomed into a short story about something we all deal with, regret. 'Miss You Mom' is a short journey into this reality we all face, and how extreme love can be deeply hidden in the veil of grief.

Somewhere between light and sound, there is Steve. A multimedia artist from Waterloo, Ontario, Canada, Steve has several decades of work circling around photography, video, web design, music - and most recently - 3D animation, with this project 'Miss You Mom'.

Starting photography when he was only 11 years old, he has grown that love to being recognized as a Hollywood nominated director for his movie trailer, 'Collider'. He is a published music producer, and actively plays bass guitar.

He lives in 'a state of constant total amazement' in Waterloo, Ontario, Canada with 3 cats, 11 fish, and 1 wife.

"Almost the whole world is asleep. Everybody you know. Everybody you see. Everybody you talk to. Only a few people are awake and they live in a state of constant total amazement." - Patricia (Meg Ryan) in Joe Vs. Volcano (1990)